It would take a while to list everything that LSU’s Lewis Neal has on his plate these days, so we’ll try to give you the condensed version. A senior defensive end, Neal led the Tigers with eight sacks last season. This year, in first-year defensive coordinator Dave Aranda’s new 3-4 scheme, he’s expected to play defensive end, tackle or outside linebacker, depending on the situation. He seems certain to be playing on Sundays once his college career is over.

Lewis Neal can do this: 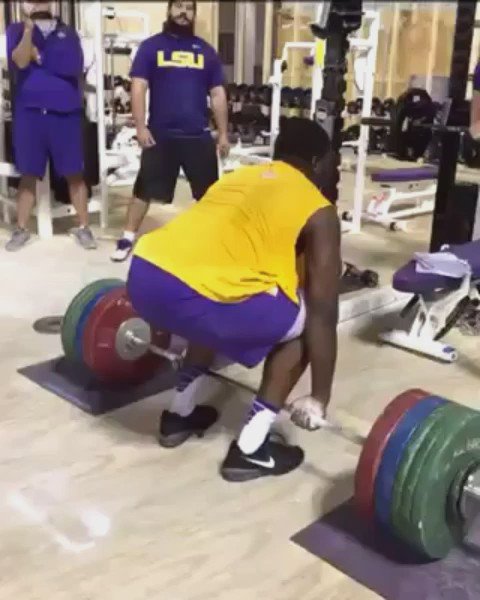 But that isn’t even the half of it. More like the quarter of it, really. When he’s not on the football field, Neal spends his time day-trading on the Foreign Exchange market, sometimes bringing in five figures a week. He’s been doing it since high school in North Carolina.

“Foreign Exchange is the largest financial market in the world. China, Australia, a lot of these other countries trade on this market,” Neal told Campus Sports earlier this year. “It’s not hard. It’s literally the best market ever. People aren’t used to very nice returns on the market. People who own big firms and work in banks, they know about foreign exchange but they don’t want to tell anyone about it much because they know the power of it. Banks are trading in this market, so basically when I am trading, I’m trading with the banks; like some of the largest hedge funds and banks in the world, I’m trading with them. I’m making money how the banks make money. Basically, I can have an account with a broker and making way more money off of interest than a bank would.

So Neal has to do something with all this money coming in. As told by the Advocate’s Ross Dellenger, he and a friend have created a smartphone app geared toward students, and Neal hopes to purchase a real-estate firm at some point. He’s already in the “beginning stages” of creating a new investment firm and plans on hiring traders soon. But until then Neal will tide himself over with his part ownership of the Hair Factory, a salon in Baton Rough that he bought into recently.

On Wednesday, he and Hair Factory co-owner Joan Campbell gave out free haircuts to all military personnel and first responders, plus their families. It was their response to the July 17 police shooting that saw three police officers gunned down in Baton Rouge.

One has to wonder if Neal truly needs to play football, but he says he “can’t wait” to start the season after last year’s near-firing of LSU Coach Les Miles. He could have entered the NFL draft and likely would have been a pretty high pick, but didn’t. He’s certainly not hurting for money or ideas.

“One day, I want to own a billion dollar firm and I will,” he said. “I want to be a role model for other athletes to branch out. There are a lot of stereotypes. I want to be able to change them.”

The #1 Place To Learn Something New Everyday View more posts